Oh Brother Where Art Thou? 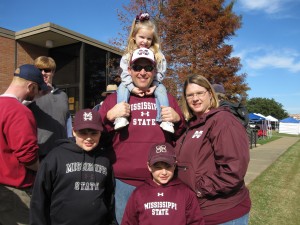 Where is Walter Oliver? Why isn’t he on Facebook? The answer to both of these question is he hijacks his wife’s Facebook identity! I have created a coalition to help bring Walt to the current decade. With the People for a Walter Oliver Facebook Profile I am hoping to encourage Walt to create his own account and stop using Christy’s profile.

Brothers and sisters are always competitive. Walt and I are no different! There was one time when I was like four or five that Walt was playing cards with Carla Huggins (now Garrett… she has a Facebook profile) and other friends. I was wanting attention and so decided to dance on the table. Walt flung me off like any older brother should when his younger sister is being a brat. I retaliated by beating him over the head with a baton. I think I bent the baton. I was being a brat, but the simple fact was we were competing.

Today when Walt told me he would join Facebook if 500 people joined the People for a Walter Oliver Facebook Profile group, I realized the challenge had been made, the game was on, and I would find victory only with 500 people joining the group! I strongly encourage you to please help me achieve 500 people! Walt and I are much too old to duke it out with a baton in my parent’s kitchen. Please join today!!!

This entry was posted in Etc. and tagged Facebook. Bookmark the permalink.

1 Response to Oh Brother Where Art Thou?