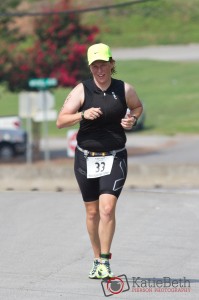 As I sit on my couch watching Rudolph on CBS, I don’t feel like a good triathlete.  However, much of this year has been devoted to training for one specific triathlon.  So how could I continue the theme of Mount Rushmore of things without first hitting a major component.  In the 12 months prior to Ironman Chattanooga, I competed in three sprint triathlons, three Olympic triathlons and three half distance triathlons.  So let examine the “full body of work” to see which are my final four picks.

Quad City Sprint Triathlon in Davenport, Iowa is my yearly pilgrimage to the home of John Deere and to race with my friend Rhonda Cox.  This was such a special race this year because of an hevent that happened later in the summer, which I am sure that will come up at some point later.  This race is run by a few other humans each year.  However, this was the second year that Rhonda, her sister Leigh-Ann and I have run this race on Saturday and then driven to Joliet, Illinois to compete in Warrior Dash, IL. The best part of the triathlon is the turn around point on the out and back run, a John Deere tractor.  The best part of Warrior Dash is Portillo’s Italian Beef sandwich.  Yes, food is that big of a deal that I would endure mud!  The Quad City Triathlon was important this year, and I am sure it will be just as important in 2015!

Renaissance Man Olympic Triathlon was probably my best run event this year. My bike was was consistent, my swim was strong and the run was HOT but I managed to finish without having a redheaded heat stroke.  This is a great event!  Florence, Alabama makes for a wonderful venue for a triathlon as it is tucked along the Tennessee River and home to many historic places.  The start and finish location is a majestic cliff guarded location which will stir the blood of most any veteran triathlete.  The bike is long and flat with some challenges but for the most part fun!  And the run energetic and historic.  I loved running by the Frank Lloyd Wright home just miles from the campus of the University of North Alabama!  If you are ready for an Olympic distance triathlon and in the region, don’t wait, sign up for this race. (Photo Credit to Katie Beth)

Ironman 70.3 Raleigh was great!  I loved the town, loved the food, loved the course and it was a fantastic road trip!  This was thanks to a lot of supporting cast.  This one probably made the top four because of the food, friends and fun I had along the way.  I struggled on the swim, liked the bike and the run seemed longer than 13.1 miles.  You can see why the adventure was better than the race itself.  However, I really like the point to point race!  Raleigh was an awesome venue and you couldn’t ask for better than the Oak City!  I really wanted to try Raleigh in 2015, however, I need to harass children that weekend!  Raleigh 70.3 was great!

Ironman Chattanooga will be a memory I take with me for many, many years.  The volunteers were fantastic and who could ask for a better swim!  This was the race I focused so much of my time on in 2014.  Hearing the words, “Ruth Marie Oliver, you are an Ironman” and having Dana DeBardelaben give me my finisher’s medal was worth all the foot blisters and long hours on the bike.  The coolest thing about Ironman Chattanooga was that people were cheering me on, event though they were not on the course.  Thanks guys! Whether you were in Chattanooga or on some social media portal cheering me on, thanks from the bottom of my heart!

That is my year in triathlon! Sprint, Olympic, half and full, these were the best four and one from each distance… couldn’t plan it any better!  Atomic Man wouldn’t make the list any year!