Not a Mediocre Dog 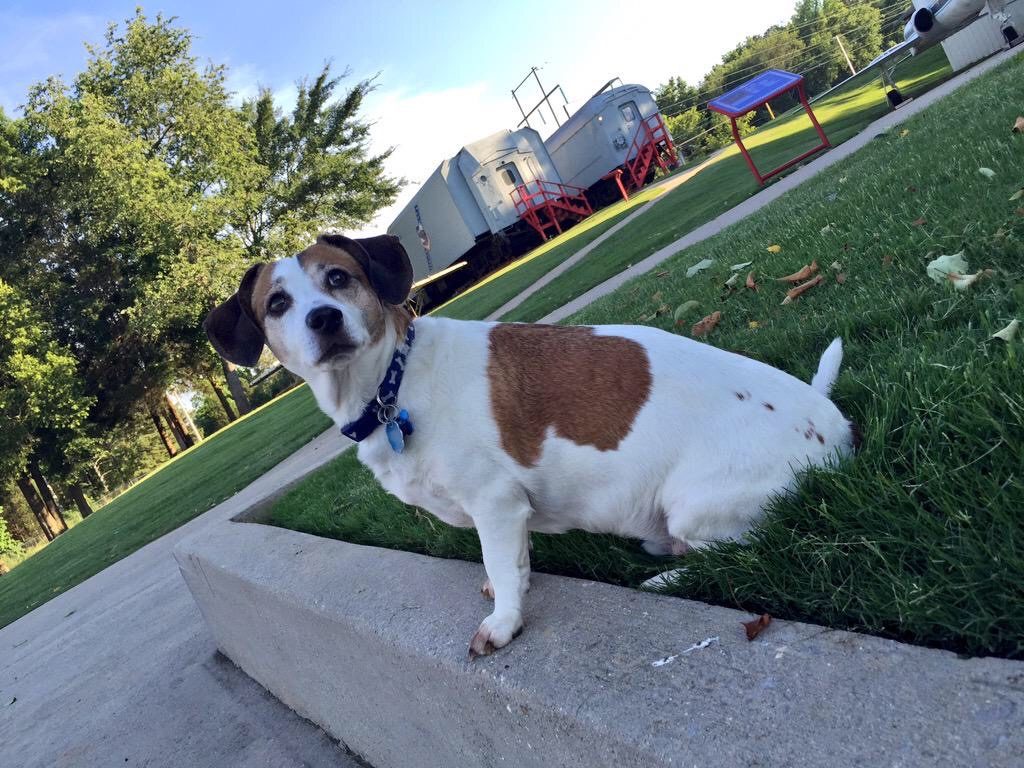 A few years back I lectured a group of Mach III – 12 Day students about the importance of not settling for sloppy bunks during bay inspection.  I told them if they would accept average bed making they would continue to settle for mediocrity their entire lives.  “No one wants a mediocre dog” was the quote that seemed to strike a chord with the students.  See, if you didn’t push yourself for greatness, you will end up living in a mediocre house with a mediocre spouse with a mediocre job and a mediocre dog.  Looking back at Boo’s life, my dog was not mediocre!  He was an exceptional dog who lived an extraordinary life.

Boo was “rescued” and taken to The Ark on October 31st, 2004.  He was taken from the cruel streets of Five Points in Huntsville.  Where he had a family that didn’t realize how unique he was.  Why would anyone neglect such a special animal?  We were not anticipating looking for a dog until our house was complete and we had time for a puppy.  I opened an email from a co-worker who also volunteered at The Ark.  The moment I saw his eyes, I was hooked.  Since he had been found abandoned without a collar on the streets, he was a lost dog and there was a period time he had to spend at The Ark before he could be adopted.  On the very day he could be adopted we went to visit… He came home with us on November 6th, 2004.  We were two weeks away from closing on our house.

He seemed like a normal pound puppy.  It would take a few years before his true super hero powers were seen.  At first, Boo gravitated toward me but Chris traveled a lot during the first few years with us.  I guess, Boo bonded with me more.  Boo became the most consistent thing in my daily life.  Wake up, feed the dog and go to work.  Come home, play with Boo and go to bed.  Boo loved playing with a red laser pointer we had.  He trained us well.  If he wanted to play with the “bug” he would act like the bug was on the ground to encourage play time.  He was spoiled only after a few months.

He was bright, well behaved most of the time and for the most part house trained.  However, he used urination as a way of expressing his displeasure with our behavior.  When Chris would leave, Boo peed through his crate on to the tile floor.  This would become a theme even after we trusted him outside of a crate.  To be fair, he peed on many of Chris’ office furniture.  He hated to be left alone for any reason.  He seemed more stressed out when I would leave.  He would cry, anxiously pace the floor and often chewed on the window blinds.  Days I went for a run, he would greet me at the front door with his nose implanted in the window as if he was doing research on the molecular make-up of glass.  Once home from anywhere he often would follow me anywhere, including the bathroom.  When his sight got bad, he would use his wicked sense of smell to follow me.  However, sometimes the trail looped around the kitchen and then into the bedroom, but I was already on the couch.  No matter, the goal was to find me and get as close to me as possible.

He was loved by many people.  I would take him to work at Space Camp and Aviation Challenge even though it was against the rules.  He was given the call sign Bernoulli from the staff my first summer at AC.  Each time I would take him to Aviation Challenge, his first piece of business was to do his business in front of the MiG by the rail cars.  I felt it was more of a political statement than anything else.  Boo opposed the godless commies of the Soviet Union.  And the MiG was a symbol of their Cold War regime.  But the ritual continued for many years.  And visiting camp continued even when I was at Cha-La-Kee.  However, visiting Cha-La-Kee was more rewarding for Boo.  He would get treats from the kitchen staff and rides on the pontoon boat.  Many campers wanted to love him, but Boo’s mission was clear.  Don’t get in the way of me finding food or RMO. 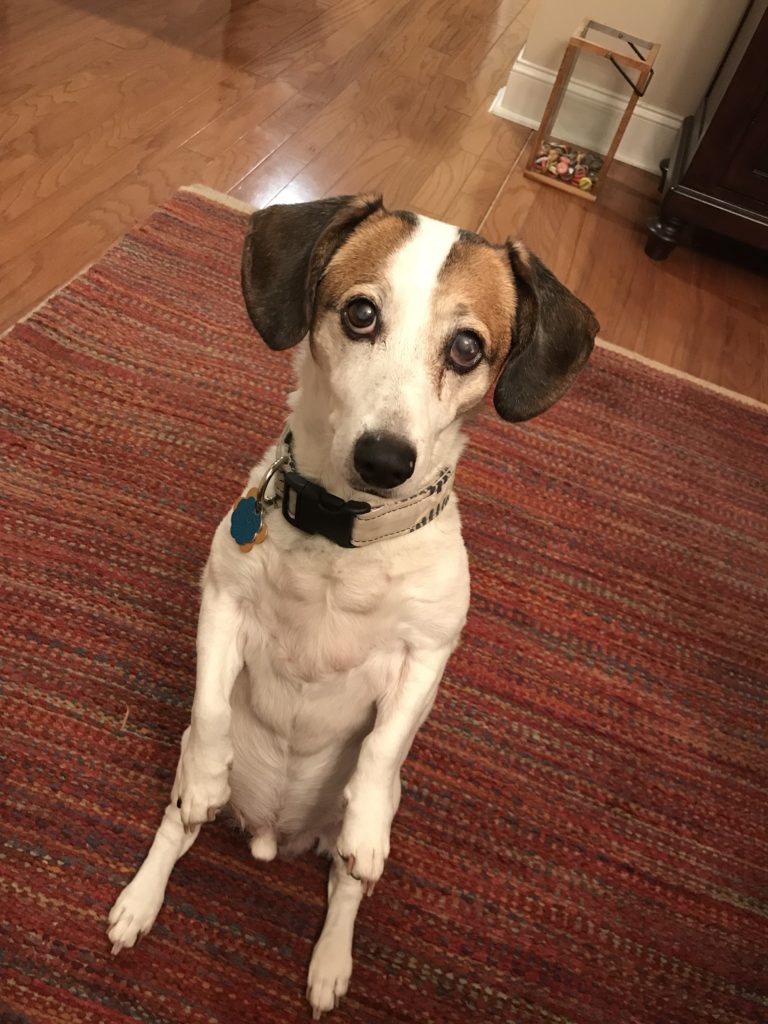 The trick he was most known for was sitting upright on the back legs like a prairie dog.  His first owners must have taught him that or it was simply a part of his DNA.  Boo would use this stance and his adorable eyes to beg hopelessly for food.  We tried not to give him human food after he OD’ed on Thanksgiving dinner just a few weeks after adopting him.  He loved parmesan cheese so much he would come to the kitchen anytime we opened the zip-lock bag.  We gave him just a little from time to time.  He became a cheese snob only liking freshly grated parmesan.  But his favorite treat was a greenie.  If left to his own wishes, he would ingest greenies like a chain smoker consumes Marlboro Reds.  Or a fat kid goes through Twinkies.

Growing up, I had dozens of great dogs.  From the black Doberman that rode in the truck with my father even before I was born to my first German Shepherd to the Christmas Dalmatian, Dottie and our blue Doberman, Scarlett, we had until I was in college; they were all outstanding creatures.  Often the dogs we have as children are the ones that leave the paw prints on our hearts.  For the most part Boo was an easy dog to love.  But he still loved me more.  I enjoyed his company and companionship especially while at home alone.  He went with me everywhere he could the last months of his life, but he couldn’t go to Chile with me.

Saying good bye to him has been more difficult than I imagined.  He wasn’t like your average pet.  He was fully integrated into my daily life.  He gave me just as much peace and comfort as I gave him.  Chris has taken videos of him crying when I would leave.  I naively thought I understood how Boo felt.  I was wrong.  Now, I am the one crying because he has left me.  He was just as much my comfort as I was his.  Good bye, my dear friend