Lots of Miles and More 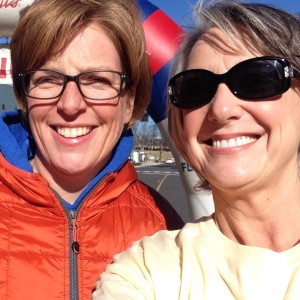 January has always been a very busy month for me. January 2016 was different in many ways. However, I still did a lot during the month. I ran five races and volunteered at two other races. This compared to never racing in January. My focus has typically been pencil and teaching about astronauts. In January of 2015, I ran a total of 20.26 miles. This year, I beat that mark by 73.43 miles, for a total of 93.69 for the month. That is not my best month, however it shows what a difference a year can make. I wanted to share a few of my favorite things after running and volunteering for some epic races!

I started the month off in recovery mode and quickly shifted gears to Disney for Dopey. It is interesting to think running four races during four days straight wouldn’t be the most epic thing during the month? Running around Walt Disney World was fun, but how can a mouse beat a hound dog named Ludivine. The very next weekend after Dopey, I ran my second half marathon of the month. The Trackless Train Trek was a small first of the year half marathon in the rural community of Elkmont, Alabama. Race with a difficult name to pronounce, produced a world record for the half marathon distance and hundreds of social media posts about a random dog running 13.1 miles. The story made the Today Show, Good Morning American and written articles from every news outlet with a URL. But wait this wasn’t the most epic thing I did!

When snow hits the ground in Alabama, all heck breaks loose! Add to that craziness one of the best known 50K trail runs in the southeast, Mountain Mist. Hundreds of people were trying to make their way to the event which was scheduled to be held on Saturday. The snow fell on Friday. Guess what didn’t happen on Saturday? The race directors convinced the city police, the state park officials and the local community of volunteers to reschedule their Sunday brunch from the comfy confines of their homes to the trails of Monte Sano State Park & the Land Trust of North Alabama. I volunteered and loved every moment of the day. Maybe one or two moments I could forget. The race is epic all by itself. Add snow and ice with a skeleton crew of volunteers. It adds excitement. I applaud everyone who finished and who helped reschedule Mountain Mist.

I volunteered for one more race, The Mardi Gras 5K. The race featured a charming and hilly course through historic downtown Huntsville. I didn’t run the race and this afforded me front row seats to the finish line. It was a glorious day where hundreds of participants ran, walked and danced their way to the finish line. I also got to hangout with my buddy Marcia! I would clean toilets in a prison if I got to hangout with Marcia. Volunteering on a chamber of commerce day in downtown Huntsville… BONUS! There was one downside, the finish line arch was blown over by a strong gust of wind… lesson learned!

The first of the month started with me running races and ended with me volunteering. There is sweat and toil in both roles. But I really loved the last two events more than the first five events. Yes, volunteering is more fun than running through the “happiest place on earth”. The bigger take away from running or volunteering at an event is the adventure along the way. No matter what you find yourself doing, enjoy it!

PS – Since I did talk a lot about about numbers, I should point out… This is my 200th blog post!

This entry was posted in Adventures and tagged Dopey Challenge, Huntsville, trail running. Bookmark the permalink.