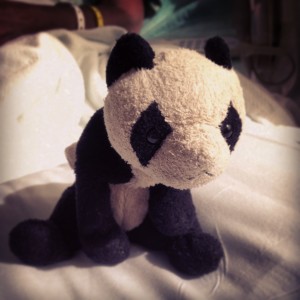 Working at Space Camp I meet a lot of people in a given year or even in a given week.  I have met moon walkers, generals, distinguished educators, politicians and celebrities in the years I have worked at Space Camp.  I probably meet 300 to 400 new people each year.  Beyond all the “big wigs”, I have met truly remarkable people who live normal lives and touch people in dramatic ways. This blog post is meant to celebrate not only the people who I have met in my 38 years of walking on this earth, but to point out a few people who have changed the way I look at life during 2014.  This is my Mount Rushmore of impactful people who I have met in 2014.  Please, don’t be discouraged if you met me pre-2014, I didn’t get this Mount Rushmore idea till now, but you guys are cool too!

Looking back on 2014, a lot of what I did revolved around triathlons and training for Ironman Chattanooga.  A stranger in February who I met at the YMCA and later would be a friend was Laura Fiscus. She is a super encourager, an Ironman herself, met me and unconditionally encouraged me each and every time she saw me.  Laura is made from the same stock at Sandy Henson.  I met Sandy in 2012!  I saw Laura at races around Huntsville and each time she made me feel like I could finish Ironman.  I even saw her a half dozen times in Chattanooga from swim start to on the run and even at the finish, I think.  She had no clue who I was or what I was doing the first time she spoke to me.  This is remarkable to me in an era of self-absorption.  Laura, asked about my training, encouraged my progression, and cheered me up when I was down.  Wow… I want to be like that.  She spent the inaugural IM Chattanooga serving others as volunteer.  So many from Huntsville were volunteers. I want to be like that.  In 2015, my plan is to be a volunteer for IM Chattanooga, and then race it again in 2016, because of people like Laura.  Fun twist of fate, Laura gave me my Rocket City Marathon medal at the finish line.

Each year, I meet a few hundred staff members at Space Camp.  This May we hired an unusual member to our team.  We have lots of fantastic staff members, but this kid was different and represents all the wonderful staff at the USSRC.  She was a missionary kid who spoke Chinese and worked well with our students coming from China.  Caitlin Bridges had “J-O-Y down in her heart, deep, deep down in her heart”.  It was like working at Camp of the Rising Son each time I spoke with her.  I didn’t get to know Caitlin as well as other crew trainers, but she made Ed Buckbee happy.  Therefore, she must be remarkable.   Her willingness to server others was motivating to me.  Just this week, I heard she was planning her own mission trip to Africa!  Buckbee plus helping people in Africa, this may be more monumental than walking on the moon.  I even met a moon walker this year, Harrison Schmitt.  Caitlin reminded me each time we spoke that camp is for the campers, however she never said those famous words.  I am hoping she visit Space Camp & Aviation Challenge this summer!

I meet a lot of cool astronauts and celebrities beneath the Saturn V at camp, but this year I had the pleasure of hearing Dave McGillivray speak to a group of marathoners and supporters before the Rocket City Marathon.  McGillivray is the race director for the Boston Marathon.  If that isn’t enough, he has lived an adventurous life through running and endurance sports.  He ran across the United States in 1978 to raise money for the Jimmy Fund to help fight childhood cancers.  He was the original Forest Gump.  He didn’t just run across America once, he did it several times.  His life is a motivational testament to encouraging others.  He is known for running the Boston Marathon after the race is completed and cleaned up each year.  He shared a story of a young lady in a wheelchair who wanted to run Boston, but only could run 26.2 feet.  McGillivray agreed and marked off the distance.  The young lady ran her distance in half the time she was estimated to run.  McGillivray presented her a medal and the race went on.  Coming down the home stretch during McGillivray’s midnight marathon after the marathon, the young lady was there to present him with a hand made medal.  I can’t imagine how many people have been encouraged by him.  Finishing a marathon is a confidence boost for anyone, but that young lady was given a gift and allowed to live a dream.  Some people would have just said no!  One of my biggest take aways from McGillivray’s talk was not just the the young lady asked to run and ran, but she did it her way.  Everyone has to run their own race no matter the distance.  Whether a marathon, a triathlon, or a cake walk, everyone has a race to run.  I am reading his book, Last Picked, over my Christmas vacation.

My last spot on my Mount Rushmore of people who impacted my life is not just one person, but a group who motivated and encouraged not just me.  On July 31st my dear friend Rhonda Cox was struck by a van while she was training on her bike.  She was hit from behind at a high rate of speed.  I meet Rhonda years ago, so she doesn’t qualify for this list.  However, the people I met for the first time this year were the thousand or more strangers who joined in prayer whether by the Facebook group set up for her recovery or from a friend of a friend praying for Rhonda at their local church.  She has had a remarkable recovery.  Each day this group of people have prayed and followed her progress.  Through visiting with Rhonda I have been lucky enough to meet many of her friends and family for the first time.  However, the group as a whole is the most important. Since the accident, Rhonda has shared many stories of how God’s hand was on her recovery event down to the EMTs who responded and the medical flight team who air lifted her to Peoria, Illinois.  I am thankful for the army of people who I have met and prayed along side this year for Rhonda.  Amazing to think, Rhonda is running!  It hasn’t been six months since the accident, through God’s abounding power and grace she is strong and encouraging us all to run a little harder and faster!

In the years between my birth and last January I have met many wonderful people who I could write books about given the time.  So I hope this look at only four from 2014, makes sense to the reader.  I have been blessed and encouraged this year.  I have learned so much through my own trials and mistakes.  This year I have been encouraged to be a better human being by others.  I truly hope I can return the favor of encouragement in 2015.  To everyone who has been there for me, thank you from the bottom of my heart!  Merry Christmas to all!

This entry was posted in Adventures and tagged Adventure, Friends, Running, Triathlon. Bookmark the permalink.