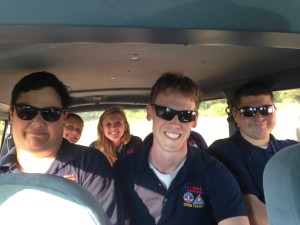 This is has been a really good year! Could have been great with the exception a just a hand full of moments.  This year I wanted to do something different from my normal year end blog. Since the mighty Bulldogs of Mississippi State had a great year and at one point in time were in the top four in college football, I am going to honor that top four ranking system in a series of blog post. You could call it a Mount Rushmore style to topical blogging.  All of the topics this month will be focused on the best four of 2014.

To start out, I have picked a simple topic: the most important meal of the day, breakfast!  Here is a list of my top four most memorable breakfast meals of 2014 in no particular order.

Big Ed’s in downtown Raleigh, North Carolina is a traditional country style breakfast.  They are known for their hot cakes in the morning and southern style meat and three lunch menu.  During my 38 years on this planet, I think there are only two places that had pig brain on the menu, Winona City Cafe and Big Ed’s.  Truthfully, I didn’t eat pig brain or Big Ed’s hot cakes.  I played it safe with traditional eggs, country ham and grits.  It was amazing!  Big shout out to Jen Kramer who floated in to Big Ed’s like a master culinary critic with her little man, Isaiah.  Kramer selected Big Ed’s for breakfast for me and my road tripping friends.  All there will agree she floated!

Aretha Frankensteins in the north shore area of Chattanooga, Tennessee is a spot that even Rachel Ray has enjoyed.  I have eaten at Aretha’s before, however 2014 was my first chance to eat breakfast at the small twenty or so patron restaurant.  I chose an omelet with ham, cheese and jalapeños.  All was right in the world!  We had to show up before the doors even opened to make sure we secured our seat in a home that was converted into one of Chattanooga’s most famous places to eat.  I sat at the bar with friends where I could watch the comings and goings of the staff.  The place was hopping, but I feel like it is always hopping. Great breakfast… food, especially an omelet, is the fuel of an athlete!

Cracker Barrel, could be a Cracker Barrel anywhere because I always order the same thing.  However, the breakfast I remember was with a group of veteran Ironman triathletes in Nashville, Tennessee on a Sunday morning after an open water swim.  It was the same morning I saw two A-10 Warthogs fly over Nashville in formation.  For this breakfast I had my standard Old Timer’s Breakfast with toast not biscuits and gravy.  I enjoyed good nutrition that day, but I learned about   the nutrition that would save my butt during Ironman Chattanooga. I am very thankful for that meal and all the useful advice!

The last breakfast should probably be one of the many Chick-fil-A chicken biscuits eaten at Aviation Challenge on Fridays and once this summer on Saturday during a kids triathlon.  However, I remember each calorie of my Ironman Chattanooga breakfast.  I had a protein bar and Diet Mountain Dew to start the morning at five o’clock and then snacked on a pack of brown sugar cinnamon Pop Tarts and water while waiting for the swim start.  Might not sound like the most healthy of meals, but each portion served a purpose.  I think I have written about this breakfast so I won’t bore you.  That was a good day and each an every day is a glorious day if you keep the main thing the main thing.

There you have it! Big Ed’s, Aretha’s, the crack house and an ala cart meal the morning of a big race.  2014 has given me some great memories.  I should have been better about sharing these moments during the year, so I am now.  I hope you enjoy this Top 4/Mount Rushmore approach to my year end blogging.  If you have a topic for me to pick four on, please share that with me on Twitter @Graphitefree.  Enjoy your holiday and please be safe!