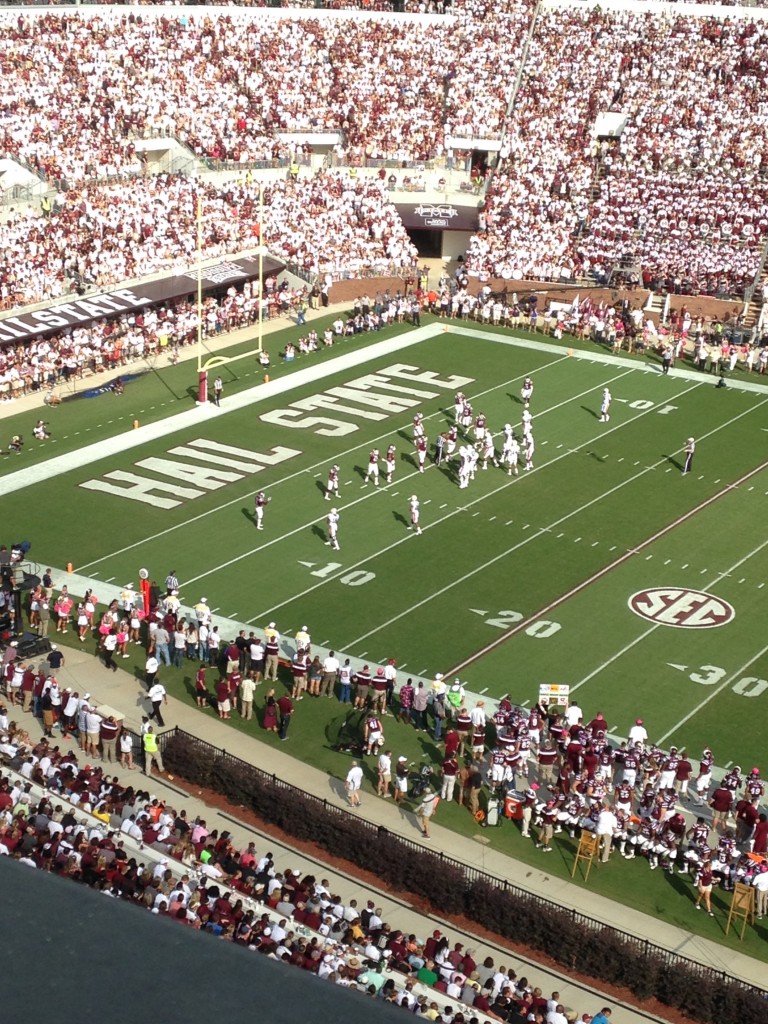 Monday morning, I wore my MSU pull-over to the gas station where I encountered a man who I had never seen before and appeared to be homeless called me a band wagon fan.  Little did the man know, I grew up on a farm 45 minutes from Starkville, Mississippi, a farm with parents who both attended Mississippi State University, a farm where I had yelled and cried at radio and television broadcasts detailing the ups and the downs of the Bulldogs.  No sir, I am not a band wagon fan!

Thursday night, a chaplain going to the Space & Rocket Center’s Biergarten saw my maroon and white colors.  He stopped in his tracks and gave me a hug. “So proud for those dawgs”, he proclaimed and then talked about how much he admired Dan Mullen.  So many people at work have been excited for me and the other fans of Mississippi State.  It really is uncharted water for Mississippi State.  I think Dan Mullen and quarterback Dak Prescott will captain the ship through these waters to a successful season.  I am still just like any true MSU fan, it isn’t successful unless we beat Ole Miss!

In a response to more cowbell, they are selling cowbells in Huntsville, Alabama!  Local book stores have ordered extra issues of Sports Illustrated over the last two weeks. There was a sign last week at the MSU and Auburn game, “Win or lose, at least I don’t live in Alabama”.  I miss my home state tremendously, but this week has been really fun.  The Magnolia State Mayhem has bled over into houndstooth country which makes me happy and proud of my Bulldogs!  I am not about to predict Mississippi State making it past University of Kentucky, but I have enjoyed this week in my second state!