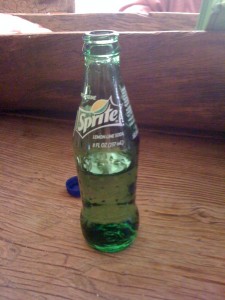 I crawled out of bed this morning, open the door to let Boo out, turned to start my day, and thought, “Wow, thirty!” I am old enough to have a brother who would be thirty today. What would he be like? Would he be farming with my older brother or would he have moved away from Winona like I did? He could have been an Indianapolis Colt catching passes from Peyton Manning. I know he would have been too tall to be a New England Patriot. Would he be an in-stands vending guy at Bush Stadium in St. Louis selling small Sprites to the parents of picky kids. Would he be married to a lovely woman and have kids – hopefully a red head or two? Would he have Facebook where we could wish him happy birthday 1,000 times. It took me forever to get Walter on Facebook and now he is addicted to ESPNU College Town.

I don’t think there is a day that goes by that I don’t think of the little guy. He took care of Walter and me like he was the adult. He would ask mom on school days if it was “time to pick up the kids?” When Walt and I were crying after Will was hit with the three-wheeler he calmed us down with, “Hush kids, stop crying.” He didn’t have a tear in his eye. What would he be like? What kind of a man would he be? Would he still like small Sprites? I just can’t believe he would have been thirty today.

As you are out and about today, find the smallest Sprite you can and have a drink to William Robert Oliver! In the age of 84 ounce big gulps this might be difficult!

This entry was posted in Etc. and tagged Family. Bookmark the permalink.