Be Ready Camp in Review, Part 2 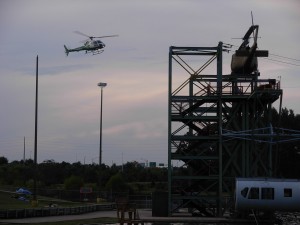 Be Ready Camp is over for another year. After four years, nine weeks of camps, and a few hundred kids BRC has become my favorite camp of the year. People have asked me what project or what job have I enjoyed the most or been the most proud of. The obvious answer for me is Be Ready Camp!!! Growing up I told everyone that one day I would start my own camp. BRC is that camp and it is the coolest thing I do in a year filled with training, camp ops, and recruiting.

Be Ready Camp is like the post season to the Aviation Challenge summer with the mock disaster drill as the Super Bowl. The kids must be focused during the week to learn what is needed to be successful. Both the kids and the staff must be dedicated to the hard work. So many of the staff give a little extra during the BRC weeks and exceed the standard each week of Be Ready. They teach the kids cheers and chants and stay late to finish the search and rescue activities. That is the type of effort it takes to win championships and complete the mock disaster drill triumphantly. I am so thankful for all those who gave extra, they make my job easy.

I could tell this would be a great week just a few hours after the kids arrived. Bedazzled was a stand out early on. On the first day and I think every day after Wii asked if the mock disaster drill would be scarier than “Thriller.” And honestly until just a few minutes ago, I didn’t know that the “Thriller” video was all that scary and gory. But growing up I didn’t have cable or watch videos. I lived in the middle of nowhere. Back to the point… we had great kids. Toe Jam, Violet, Candy, and Bob the Builder are just a few of the outstanding kids who worked hard to make the drill a success.

When I was getting the kids prepped I was very impressed with how ready they were. We tried a new way for BRC to track the patients in and out of the treatment area. I remember explaining to Bedazzled, the Transportation Officer, and Red, the Medical Captain, that if they could account for all of the victims they would be successful. Red asked if it would be like beating the final level of a video game. After all was said and done, Red and Bedazzled, accounted for 91.1% of the victims. From what I have been told that is high for even professional rescuers. They did very, very well. Snapper was so impressed she gave Bedazzled her AC coin. 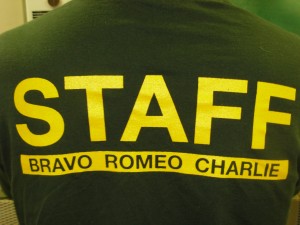 Every great camp has tried and true traditions. BRC must be great because we have traditions. From the dinosaur names to late night ice cream socials and not to mention the cute fire fighters, Be Ready Camp is top notch. Another tradition is the Be Ready Bourbon. It started with the bottle of Jack given to me by the staff. That bottle is still unopened in my office. Then Kim Dickerson was presented with Woodford Reserve for her work on the team books and the fact she was leaving camp for culinary school. It was made an official award in 2008 when Divot held us all together to earn a bottle Bulleit. This year Slip Knot was victorious with her work organizing the UAH Nursing students and working on the victim cards. Without Slip Knot this year wouldn’t have been as successful.

With that said, there are so many people that make BRC successful. Some of the key players are the staff at the Governor’s Office of Faith Based and Community Initiatives (GFBCI), Ric Wilkerson with help from his HEMSI crew, Chad Tillman and his friends in Madison Rescue Squad, and countless others. I think that is what makes BRC so special; all those who are working for nothing so the kids can learn to save lives. Those guys are real life heroes and the heroes of BRC. I am proud just to rub elbows with those men and women. I also hope that if years from now I am in a disaster the hand that reaches out to help me is a kid like Toe Jam, Waterboy, or Bedazzled.

2 Responses to Be Ready Camp in Review, Part 2